Valentine’s Day is one of the most widely celebrated holidays around the world! But, do you know the history behind this romantic day?

Its origins lie in a feast day named for multiple Saints Valentine and initially did not revolve around the love and affection we so value today. Its initial roots are actually quite dark! By the 14th century, that all changed for the aristocracy with Chaucer, whose poetry and writing celebrated love around the feast of Saint Valentine. The tradition of publicly expressing love grew in popularity, especially in England where giving fresh flowers, candy, and signed cards (valentines) were common across all social classes. From those cards we find many of the symbols of Valentine’s Day that we know and love so well: the pierced heart, Cupid and his arrow, and doves.

Contrary to popular belief, you don’t need to spend a fortune to make Valentine’s Day a special holiday! Heartfelt gifts often mean the most - and what gift is more heartfelt than fresh, beautiful flowers? Hint: a homemade card or breakfast in bed also make great accompaniments!

"The rose is red, the violet's blue,
The honey's sweet, and so are you.
Thou art my love and I am thine;
I drew thee to my Valentine:
The lot was cast and then I drew,
And Fortune said it shou'd be you."
Gammer Gurton's Garland (1784)

Bright, flashy gifts of jewelry and expensive chocolate aren’t the only option for Valentine’s Day. With fresh flowers, you let your special someone know that you love them in a way that is guaranteed to put a smile on their face every time they see their lovely bouquet. And even better - if you send a flower subscription every week or month, they’ll never have to wait long to see how much they mean to you!

On February 14th, people around the world celebrate love on Valentine’s Day. But, did you know its origins go back centuries?

Gift giving for Valentine’s Day became very popular in England in the late 1700s. Valentines were quite elegant and crafted from lace and colored. Gradually mass market cards took over, however even today we keep some of the delicate and romantic look of these original Valentines.

The best way to get the perfect gift is to have the professionals curate a selection for you!

Here at Blooms,Box, we pride ourselves on bringing you the best blooms in beautiful bouquets from our farm partners (who are all Rainforest Alliance certified and sustainable). Let us build a very special custom bouquet for you every month that your spouse will love! We promise it will always be unique and one-of-a-kind - and also that you'll enjoy it, guaranteed.

Our bouquets feature hand-tied arrangements that typically focus on a single type of flower that inspires us for the month. It arrives thoughtfully arranged with greenery that highlights the beauty of the featured flower and is designed to last in a vase for weeks.

For another gift idea, why not send her a bouquet that reminds you of your special day? BloomsyBox offers many one-of-a-kind flowers that she may have picked for your wedding, or even the colors of the wedding brought to life in a stunning arrangement. To see our single-stem bouquets, click here.

FOR CENTURIES, PEOPLE HAVE BEEN GIVING FLOWERS AS VALENTINE'S DAY GIFTS

Can you think of any flower more iconic than the red rose for Valentine’s Day? We all know the verse “Roses are red/Violets are blue” – but did you know that the modern-day poem can be found from a book of verse from 1784? "The rose is red, the violet's blue, The honey's sweet, and so are you. Thou art my love and I am thine; I drew thee to my Valentine: The lot was cast and then I drew, And Fortune said it shou'd be you." Gammer Gurton's Garland (1784) The Victorian popularization of the language of flowers further solidified red roses as the flower of romantic love. Certain strong feelings such as romantic love had to be coded and masked by flowers, and the Victorians certainly selected one of the most striking flowers by far to represent the passion of love! The seductive red rose not only possess a rich, deep red that matches beautifully with the hearts we associate with Valentine’s Day but also a beautiful scent that lingers. It’s sweet and passionate without being overbearing. Truly, what is more beautiful than a perfect red rose on Valentine’s Day? (A dozen, perhaps!) It’s no wonder that Americans spend an average of $136 per person on Valentine’s Day gifts according to the National Retail Federation, and 250 million roses are produced for the holiday, according to the Society of American Florists. That’s more than any other single holiday! 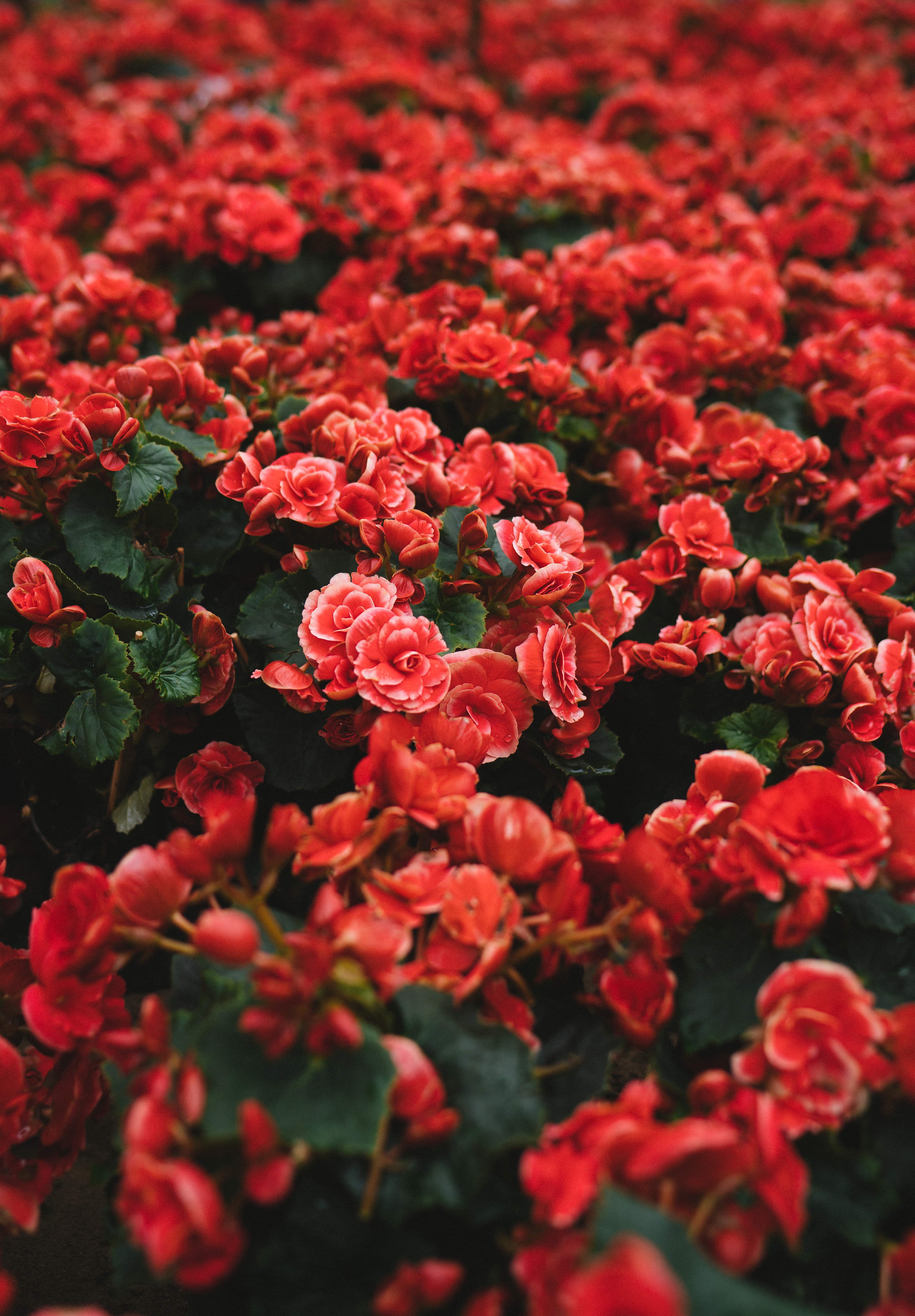 For an extra special gift, Martha Stewart has curated a monthly collection of her favorite roses in stunning, unique colors that you won't easily find anywhere else. She handpicked a rose for every month of the year, so why not let the style maven herself style a beautiful collection for your special someone for the whole year? 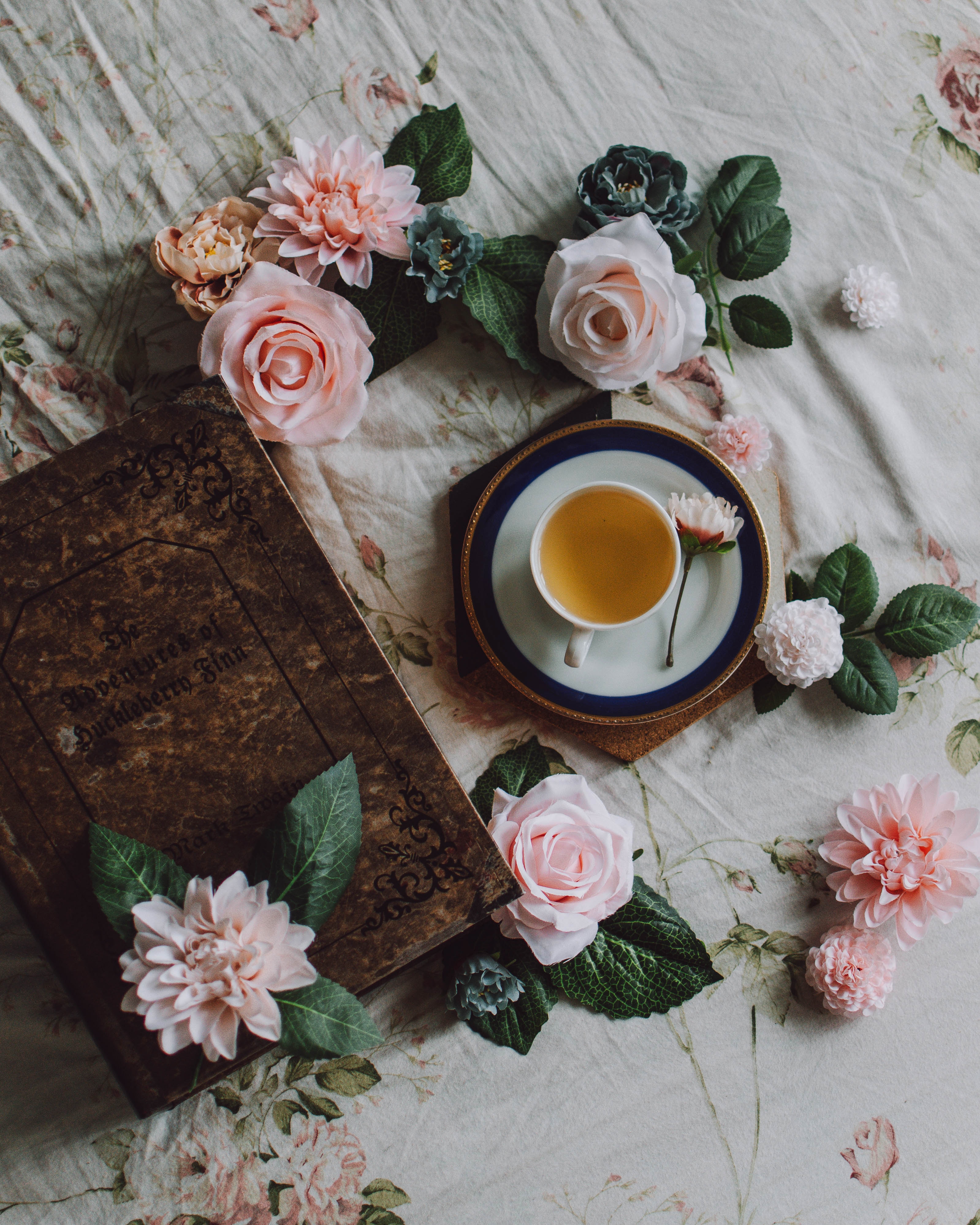 Fresh flowers are the best way to show someone you care. Their natural beauty outshines even diamonds and even better – they’re the perfect gift for your partner, your mother, or even friends!

An increasingly popular way to send flowers that has grown in popularity in recent years with the launch of BloomsyBox is flower subscriptions. As subscription boxes of all kinds exploded in popularity as gift ideas--weekly or monthly subscriptions running the gamut from wine to makeup and including everything else in between--giving a regular flower subscription as a gift made perfect sense. Coming home to something special in the mail delivered on their doorstep each week or month is a constant reminder to your special someone of how much they mean to you.

Combining the concept of a regular subscription bon with flowers, BloomsyBox is unique in that they send weekly, bi-weekly or monthly subscription boxes from only sustainable, fair-trade flower farms around the world. By sourcing only the best and freshest flowers straight from these farms, BloomsyBox cuts out the middleman, thus delivering a fresher product, with all flowers being delivered no more than 4 days of being picked from the farm.
give a gift

The origins of Valentine's Day can be traced back to the 14th century!

Did you know there were several Saints Valentine? Their collective feast day was shared on February 14th. According to popular legend, one of the celebrated saints, St. Valentine of Rome, wrote the first Valentine shortly before he was martyred for his faith. He signed it “Your Valentine” which became a common way to sign Valentine’s Day cards. Legend also has it that one of the reasons he was martyred was because he would marry Roman soldiers in secret - which was forbidden. He was said to have worn an amethyst ring with Cupid, the Roman god of desire, attraction, and affection on it, indicating who he was. Perhaps this is why amethyst is the birthstone of February!

Regardless of the truth of the history, the legend lived on and only grew with Geoffrey Chaucer in the 14th century. He composed a poem for the first anniversary of the engagement of King Richard II of England to Anne of Bohemia--and then, we have the first written association of Valentine’s Day with romantic love! After Chaucer’s poem, we find more and more letters, poems, and plays referencing Valentine’s Day in romantic ways, even in Shakespeare’s Hamlet!

Around this time, the tradition of “courtly love” was growing in popularity amongst the nobility. Courtly love stresses chivalry and nobility, wherein a hero or knight falls in love with beautiful noblewoman and embarks on a series of trials to prove his worthiness to her. While this dramatic love most often played out in literature, sometimes life did imitate art - but more often in simpler ways. For example, “Queens of Love and Beauty” were often crowned at tournaments. These queens would bestow favor upon knights they found worthy...or simply fancied.

By the late 1700s, Valentine’s Day was quite popular and common to celebrate in England. Elegant heartfelt cards were penned by amorous lovers who bestowed small gifts of confectionaries, chocolates, and flowers upon their beloveds.

Fast forward to today: Valentine’s Day is celebrated nearly worldwide as one of the largest spending holidays. Everyone from schoolchildren to offices participate in sharing the love, though grand gestures for romantic partners are still the heart of the holiday.

Your cart is currently empty.